The latest from Corporate Fuel

The impact of Reference Rate reform – Transition from LIBOR to SOFR

For commercial borrowers, the most significant change in several decades will impact loan pricing over the next several years. Already underway is a global transition away from referencing the London Interbank Offered Rate, or LIBOR, and toward new reference rates that are more reliable. The use of LIBOR as an international benchmark will likely cease in late 2021. In 2014, as LIBOR’s future became uncertain, the Fed embarked on a plan to ensure such a transition runs smoothly. It has since outlined a Paced Transition Plan timeline in detail and selected the Secured Overnight Financing Rate (SOFR) as the rate that represents best practice for use in US dollar financial contracts, while providing useful guidelines for the implementation of SOFR along the way.

M&A activity in North America continues at a robust pace this year with $849 billion of closed transactions for 4,754 deals in the first half of 2019. The post-recession trend of strategic and private equity sponsored activity continues at a strong pace for large and small deals alike, as shown in the chart below. If currently announced deals close this year, M&A activity will again cross the $2 trillion threshold in 2019 for the fifth consecutive year. While total dollar volume is skewed by a number of mega mergers, such as United Technologies $90 billion acquisition of Raytheon, the median size of all transactions over the past 5 years is less than $100 million, an important consideration for middle market companies as they assess M&A market conditions for their business. 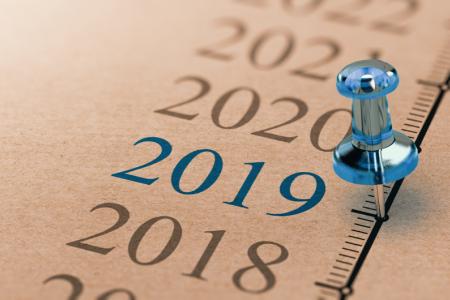 A belated happy new year to you.

In 2018 we advised some forty companies on a variety of M&A and corporate finance projects. Among them were five important transactions...

Given Corporate Fuel’s extensive food industry experience, John Simons, Corporate Fuel Managing Partner, was invited to participate in a panel discussion on funding at the 2017 Summer Fancy Food Show. This session titled "All Money Isn't Green: A Panel on Funding Your Business" addressed over 100 owners and executive decision-makers who are contemplating different financing options.

Raising capital as well as mergers and acquisitions are resource intensive projects and are often distracting from the normal operating activities involved in running a business. While these projects can have great positive effects on a business, they can also be hugely disruptive and unproductive if you don’t take care to make sure that you are really prepared and ready to go down this road.